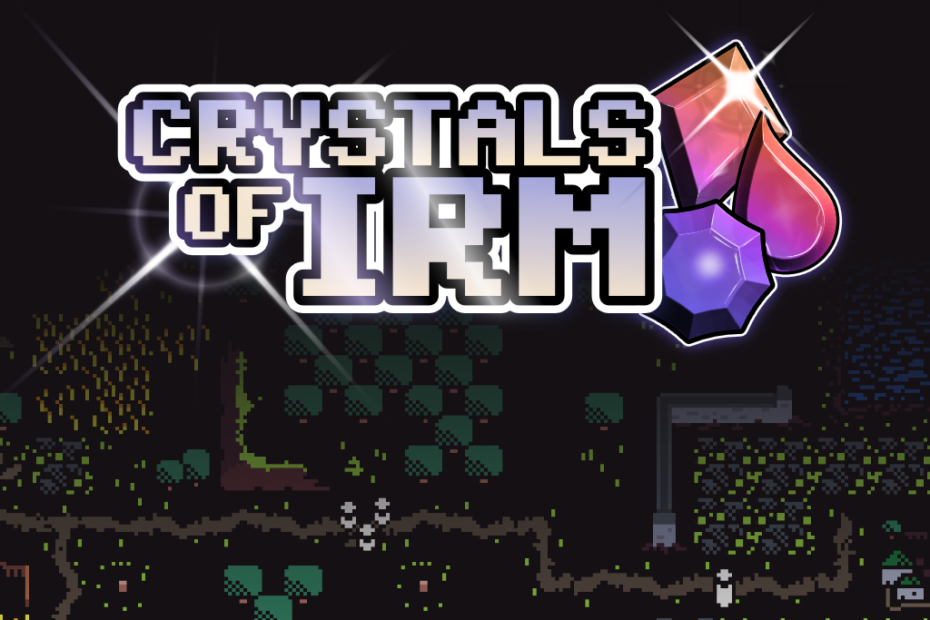 It’s been a little while since we last read each other! But that doesn’t matter, because a lot has happened again and Crystals Of Irm is gradually taking more and more shape. In this blogpost I want to give you an update on what I’ve been working on the last weeks and months and where the journey for this year is going.

But let’s start with some good news and some bad news. The bad news first… You might have guessed it already but it will take a while until the release of Crystals Of Irm. And now the good news. The core idea of COI is ready and the game is already being playtested! The feedback, the bugs found and the criticism really helped the game and me a lot.

Now it’s a matter of how I get the project to completion. For this I definitely need financial support so that I can fully concentrate on finishing the game. In the next weeks and months I will try to get this support and keep you updated!

If you haven’t seen it yet, i recorded a Let’s Play video for Crystals Of Irm and tell you a little bit about the game. You can watch it here 👇

The group is complete. At locations like these, the heroes rest and draw new strength. A hearty stew has saved the day of many adventurers. How many health points are healed depends on the recipe equipped. It is said that these recipes are spread all over Irm and contain the instructions to the most secret delicacies.

The Green Village is the focal point for residents of the woodlands. Hunters offer their goods, small yak caravans bring food from the surrounding farms to the village. All this is watched over by the elder, former guardian of the green crystal.

What adventures await the heroes here?

Crystals from Irm is now also available as Youtube shorts. I’m still trying a bit here, but feel free to have a look at some shorts already!

We’ll probably read each other again soon and then I’ll may have a little task for you! But more about that soon!

That’s it from my side. If you want to know more about the videogame Crystals Of Irm. Have a look here

Bye Bye until next time

We use cookies on our website to give you the most relevant experience by remembering your preferences and repeat visits. By clicking “Accept All”, you consent to the use of ALL the cookies. However, you may visit "Cookie Settings" to provide a controlled consent.
Cookie SettingsAccept All
Manage consent